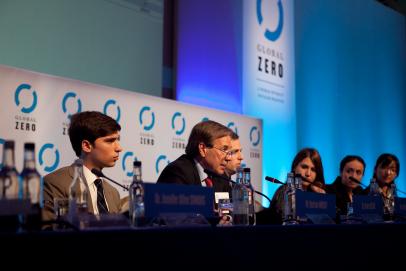 Global Zero is a non-partisan international initiative dedicated to public education, dialogue and awareness-raising among the public and opinion leaders about the urgent nuclear threat and proposals for the elimination of all nuclear weapons. Global Zero (GZ) convenes major international conferences of opinion leaders and experts, conducts media, online and grassroots communications and organizes a global campus education and outreach program. The Simons Foundation is the principal sponsor of Global Zero and was principal sponsor of the Global Zero Summits, and Dr. Jennifer Allen Simons is a Founding Partner and Canada Chair of Global Zero.

GZ was launched by 100 opinion leaders at the first Global Zero Summit in Paris in December 2008. In its first 21 months, GZ has:

In a short time, Global Zero has achieved its goal of establishing itself as a leading international public education initiative on the nuclear threat and the idea of eliminating all nuclear weapons.

END_OF_DOCUMENT_TOKEN_TO_BE_REPLACED 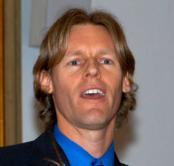