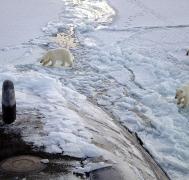 About the Arctic Security briefing papers: Arctic “security” is ultimately about the safety and well-being of the people of the Arctic – a human security agenda that necessarily engages a broad range of social and economic conditions and policies. Military policies and practices in the Arctic are but one element of this broad human security agenda, but they will be the primary focus of these briefing papers. What are and should be the roles, and limits, of military forces in supporting human security, in strengthening the rule of law nationally and internationally, and in promoting efforts towards a cooperative security regime within the Arctic region? 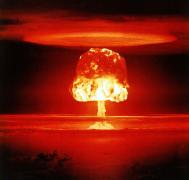 Occasional briefing papers focussing on nuclear disarmament issues by Fellows, Peace Leaders and Shapers, and colleagues of The Simons Foundation. 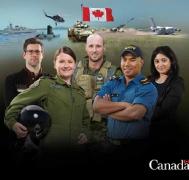 About the Canadian Defence Policy briefing papers:  The public consultations on the 2016/2017 Canadian defence policy review engaged Canadians beyond officialdom and the established “defence community,” and led to the May 2017 release of “Canada’s Defence Policy: Strong, Secure, Engaged.”  The following briefings contributed to the consultation process in advance of the policy release, and continue as an ongoing contribution to the further public discussion of Canadian defence policy, including attention to the defence of Canada and North America, Canada’s contributions to international peace and security, and key procurement and program decisions.

END_OF_DOCUMENT_TOKEN_TO_BE_REPLACED

Dr. Hans Blix, Director-General Emeritus of the IAEA and former Swedish diplomat and Minister of Foreign Affairs, served as Chairman of The Weapons of Mass Destruction Commission, which released its collective findings in the 2006 report: “Weapons of Terror: Freeing the World of Nuclear, Biological and Chemical Arms.”
Learn More
END_OF_DOCUMENT_TOKEN_TO_BE_REPLACED