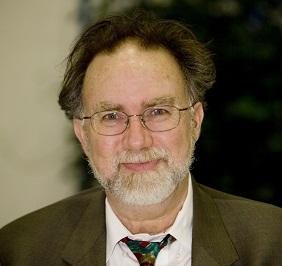 The 2016 UN Open-ended Working Group taking forward multilateral nuclear disarmament negotiations (OEWG) and the preceding governmental conferences on the humanitarian impact of nuclear weapons have changed the landscape for efforts to achieve a world free of nuclear weapons. This is true even though, aside from the agreement with Iran on limiting its nuclear program, in other respects the trends have been quite negative. All states possessing nuclear arsenals are maintaining and modernizing them, with full-scale nuclear arms racing underway in South Asia and testing by North Korea, and there are serious geopolitical tensions between the United States and Russia, and the United States and China. Notwithstanding these trends, the OEWG and the humanitarian conferences reflect the determination by many non-nuclear weapon states (NNWS) to press forward; indeed in their view the global security climate makes it all the more urgent to do so. Three important results relate to the humanitarian consequences of nuclear explosions, the imperative of multilateral negotiations, and the nature of possible agreements.

As is widely acknowledged, the humanitarian conferences and the OEWG have refocused attention on the awful character of the devices known as “nuclear weapons,” underlining the imperative to prevent the use again of these instruments that inflict, as an excellent Reaching Critical Will publication is entitled, “unspeakable suffering”. As a secondary matter, they have raised forcefully once again the incompatibility of employment of nuclear weapons with fundamental rules of the law of armed conflict limiting the scope of war and protecting non-combatants against its effects, as laid out, inter alia, by the Vancouver Declaration released by The Simons Foundation and the International Association of Lawyers Against Nuclear Arms (IALANA) in 2011 and signed by many international lawyers and others around the world. While the states possessing nuclear arsenals continue to refuse to acknowledge that incompatibility, it is widely accepted by other actors. The gap here is fundamentally not one of law, but in declaring and acting upon adherence to the law. It is true, though, that natural and customary law are typically codified in conventional agreements.

Multilateral negotiations leading to nuclear disarmament are required to fulfill Article VI of the Nuclear Non-Proliferation Treaty (NPT), as was recognized shortly after the NPT was signed by the predecessor to today’s Conference on Disarmament. The humanitarian conferences and the OEWG have highlighted that imperative and the concomitant need to focus on adoption and implementation of a legal instrument or instruments. Professions of intent, commitments, meetings, process are not enough; there must be a legal architecture.

By establishing the OEWG through a contested General Assembly vote, proponents of the humanitarian disarmament process have underlined the necessity of creating legal instruments through multilateral negotiations not hindered or blocked by a rule of consensus amounting to a requirement of unanimity. So far, however, this has come at the price of the non-participation of all nuclear-armed states. The somewhat hidden failure of the NPT nuclear weapon states to meet their Article VI obligation by participating in multilateral negotiations on nuclear disarmament has now been fully exposed. They did not participate in the OEWG, nor have they pursued any comparable course of action, now or in the past. Further, the signs to date are that the nuclear-armed states will not participate in any process established by the General Assembly to build on the work of the OEWG.  Continue reading...

END_OF_DOCUMENT_TOKEN_TO_BE_REPLACED

Dr. Hans Blix, Director-General Emeritus of the IAEA and former Swedish diplomat and Minister of Foreign Affairs, served as Chairman of The Weapons of Mass Destruction Commission, which released its collective findings in the 2006
Learn More
END_OF_DOCUMENT_TOKEN_TO_BE_REPLACED