Deliveries of the used F-18 fighter aircraft that Canada is acquiring from Australia have begun.  The point of the new purchase of old F-18s is to provide a temporary fix for the ostensible capability gap that was created by a redefinition of Canadian requirements. It was broadly understood as an unusually sudden insistence on an immediate need for up to 25 more fighter aircraft (18 for operational roles, possibly seven more for testing and spare parts), but it was also part of a pattern of arbitrarily changing requirements for air defence missions that remain essentially unchanged.

When Canada originally acquired its CF-18s in the 1980s, the inventory reached 138, but when stocks dwindled to the current 76,  Lieutenant-General Michael Hood, Commander of the Royal Canadian Air Force (RCAF), told reporters that the Armed Forces nevertheless remained “comfortable” about meeting NORAD and NATO commitments “with [the] extant fleet.”  When, earlier, the Harper Government got serious about ordering a replacement aircraft, it had reduced the requirement even further to 65  to keep the original purchase cost within the budget it had established. Then the Trudeau Government raised the requirement for the aircraft by a third to 88, simply by instructing the Canadian Armed Forces to henceforth maintain the capacity to meet peak fighter aircraft commitments to NORAD and NATO simultaneously.

Shifting requirements for an unchanging mission

Though the numbers change, the mission assigned to those aircraft remains the same. It is the three-fold role Canadian fighter aircraft have performed throughout the post-Cold War decades and earlier – the air defence of Canada, contributing to cooperative North American air defence, and from time-to-time contributing air-defence/air-combat capacity to NATO and other international coalition operations.

The broader RCAF mission – as characterized in Ottawa’s most recent (2017) iteration of defence policy, Strong, Secure, Engaged: Canada’s Defence Policy  – emphasizes national policing roles that include “surveillance of Canadian territory and its approaches, …24/7 aerial search and rescue response capabilities,” and assistance to “civil authorities in responding to a wide range of challenges and threats, from natural disasters to terrorist attacks.” Its continental role is defined in more traditional defence terms, as in helping “to detect, deter, and defeat threats to both Canada and North America.” Deliveries of new fighter aircraft are to begin in the latter 2020s, and according to formal Department of National Defence (DND) requirements, they will have to be capable of meeting the “challenges of increasingly sophisticated fighters and anti-aircraft systems of potential adversaries,” even though, in none of the operations of the current fleet of fighter aircraft have they been challenged by hostile state-of-the-art fighters or air defence systems.

There is nothing new in any of that – except for a significant shift in assumptions about what is or isn’t discretionary. The “Canada First” Defence Strategy  of the Conservative Government of Stephen Harper explicitly emphasized the “non-discretionary” requirements for domestic and North American air defence. For decades that was part of the formula for determining the number of fighter aircraft needed. The implied assumption held that NORAD and NATO requirements would not peak at the same time, but if they did, the non-discretionary Canadian/North American priority would clearly be the priority.

The North American mission, a combination of policing aid to the civil authorities and national defence, is obviously an essential requirement. On the other hand, any European air-defence or air combat mission is necessarily discretionary for Canada and secondary to requirements for the homeland – just as, by the way, any commitment by a European ally, through NATO, to Canada’s defence is in the final analysis discretionary and secondary to its national requirements.

The announcement that henceforth Canada would need enough fighter aircraft to simultaneously meet peak NORAD and NATO requirements seemed to mean that the domestic mission should no longer take precedence over the overseas mission. At the very least, that was implied when Chief of Defence Staff Gen. Jonathan Vance finally explained the policy to the House of Commons Defence Committee some months later. His opening hypothetical case had Canada already operating in Europe:

“…it is inconceivable that we would be in a major kinetic configuration [i.e. war] on mainland Europe using air power without there being any concomitant threat to North American airspace. Therefore, it is the policy of the Government of Canada, and certainly my advice to the Government of Canada, that we must be able to have the mission-ready aircraft necessary to defend Canadian airspace and NATO airspace simultaneously, should either one or both arrive….[T]here is no chief of defence I know of who would believe…that we would be in a shooting war in Europe and not have our own airspace threatened. With that, we need to be able to do both, and we have commitments to do both.”

Defence of Canadian airspace and combat in Europe are treated as equal, but, of course, contributions to military operations in Europe are and will always be considered on a case-by-case basis, in a way that North American defence commitments cannot be optional. No Government or chief of defence would consent to a European operation that would jeopardize the forces’ capacity to meet air defence requirements at home, but they would most certainly commit to increased national and North American operations in response an emergency even if that meant a diminished capacity to contribute to an operation in Europe. The commitments are not equal. Is there a chief of defence who would insist they are?

Military resources are limited, and governments decide on levels of military capacity, not based exclusively on some objective assessment of requirement, but by arriving at a point of balance between prudent defence preparedness and all the other demands on the public purse. There is no predetermined level of military commitment to Europe that would need to be honored regardless of conditions at home. In the final analysis, there can be no clear definition of either the nature or level of a Canadian military requirement for NATO. There can be a predetermined commitment, but meeting that commitment will always be shaped, and limited, by circumstances, with non-participation in a European operation always an option – just as Canada’s commitment to multilateral peacekeeping operations is constrained by national capacity and national priorities. The senior defence analyst with the Canadian Global Affairs Institute, David Perry, told the Huffington Post in 2017 that “the high-end of Canada’s NATO obligation is a promise to have six jets ready to fly in short order,”  but actual deployment is always discretionary and subject to a variety of considerations, including the likely impact on Canadian air-defence operations. And a now-withdrawn 2014 report produced by the Defence Department’s research agency acknowledged there is no specific or minimum number of fighter aircraft that Canada is obliged to commit to NATO.

Any fighter aircraft “capability gap” is politically constructed.  As much as Gen. Vance insists it’s simply a matter of objective mathematics – “we need the mission-ready aircraft all the time,” he says, and “when you do the math on their deep maintenance and daily maintenance rates, you get 88”  – in the real world, it is quite properly politics that precedes the math. And that is why, in recent decades, the math on fighter aircraft has fluctuated from 138 to 76 to 65 t0 88 for missions that have remained unchanged.

The declared and apparently urgent requirement for 88 fighter aircraft becomes even more suspect with the Auditor General’s finding that the Air Force cannot currently manage to keep even the extant inventory of 76 CF-18 aircraft available for daily operations due to a shortage of technicians to service and pilots to fly them.  Continue reading...

END_OF_DOCUMENT_TOKEN_TO_BE_REPLACED 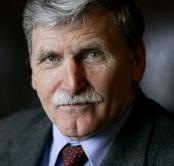